Our politicians tell us, the economy has to grow, or better, the growing must grow! (mathematically this is the derivative of the derivative, the 2nd derivative!) But what is the sense of constant growing and what will happen, if it goes on?

What growing of the growness is ...

The curve, that shows us a constang growing by 5% per year is equal to the function 1,05^x: 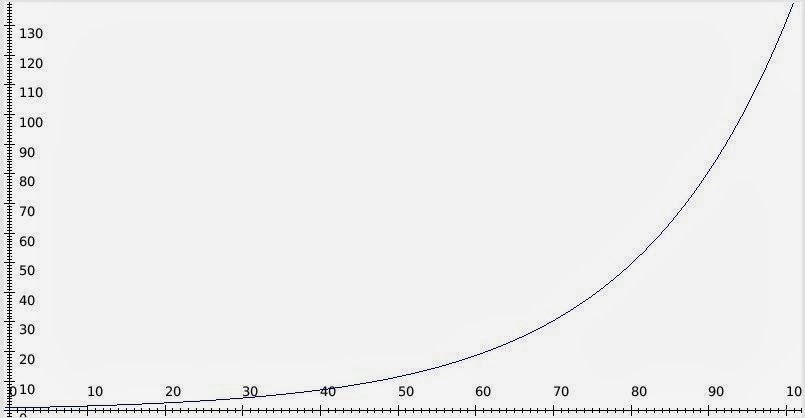 But our politicans never show us absolute numbers. We are only getting different kind of relative curves. In our case, the economy growing compared to the previous year, which is constantly 5% ... 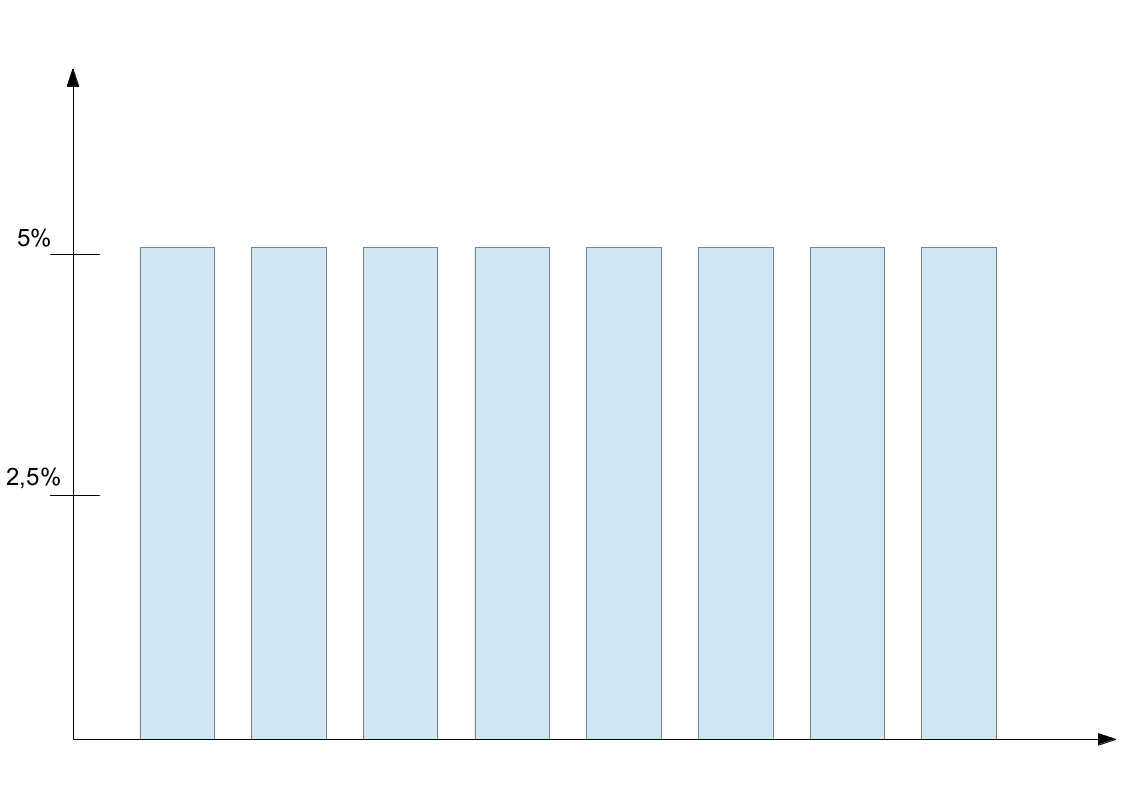 This creates the illusion of a standing-still economy, which isn't growing in any kind. But in fact, it is constantly growing.

Comparison with other countries

There are a lot of sentences like: "China got this and this economy growing, it is much better and bigger. Why can't we reach this?" The answer is simple: a country, which hasn't got anything, where a third of the population is living with less than 2$, can simply grow faster: "The number of people living on less than $2/day is approximately 468 million, or 36% of the population, according to 2009 estimates." (see Wikipedia)
Of course, China got a greater GDP as Germany (2012: Germany: 3,500 billions; China: nearly 9,000 billions), but they got nearly one and an half billion people. Calculating this down, Germany got a GDP per capita of nearly 44 thousand, China only 6.6 thousand! It will take a long time until China got the same developing level as Germany has. (And I know, they are throwing away their environment, but this would be too much offtopic ...)

The price of a booming economy ...

But somewhere there is a border. Some day there won't be any oil, some day we won't have any rare earth element lefts which you need for your smartphone and so on ...
So we have to question ourself: do we need a new smartphone every 2 years? Do we want to buy a new car every 5 years? Only because we want our economy growing? We can keep our standard of living, if we buy products, which last longer. Of course, the economy wouldn't grow anymore, but shrink a bit. The income would be lower. But we wouldn't have to buy so much. We wouldn't have to spent so much money.
So now we got the choice: Economy growing with crysis and useless exploiting of our resources or stability and sustainability.